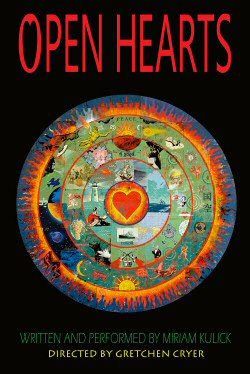 I plan on touring my solo show, Open Hearts, directed by Gretchen Cryer, in the NY area, regional theatres, and in college venues.

Miriam Kulick is a mensch. Now I probably should not be using that term for a woman because I think it’s supposed to just be used for men. But here is the relevant definition as far as I’m concerned: “a person with the qualities one would hope for in a dear friend or trusted colleague.” Miriam Kulick is a mensch – a real human being, refreshingly without pretense. A breath of fresh air wafting through a profession littered with broken dreams and wounded egos.

Apparently frustrated with the lack of decent roles written for mature women in the theatre, Miriam has taken it upon herself to write something she can perform. One actress, six characters, 45 minutes. She makes it all simple and very sweet, and I truly mean that in the most complimentary way possible. Her one-woman show is sweet and light, sometimes funny and often poignant, without being saccharine.

Sadie sits alone in her New York City apartment on the eve of her 90th birthday. What is the meaning of life at that age? How does one find purpose when most of your life is lived and behind you? These are not small questions and Open Hearts, written and performed by Miriam Kulick, offers no easy answers.

Sadie’s journey is at the core of the story, yet each of Kulick’s six characters is searching for a type of fulfillment that is difficult to find; a purpose in life, the support of loved ones, and freedom. As the tagline – “Living your life, it’s like open heart surgery: a big annoying pain!” – suggests, there is plenty of pain and annoyance to go around. The welcome surprise if that Kulick’s play is more charming and hopeful than the quote, taken in isolation, suggests. She has infused humor and tenderness into each moment of her performance.

Ms. Kulick succeeds in conveying seven distinctive personalities with little more than a modification of voice and manner. There are no full costume changes, and the scene changes are accomplished through a dimming then rising of the lights, and perhaps a change in hairstyle, yet the sense is that a unique presence has entered the stage. OPEN HEARTS is filled with humor, but it is certainly the kind of humor born, if not of tragedy, of having overcome sadness and loss.

Interview with Miriam Kulick of Open Hearts
By Byrne Harrison

Miriam, thank you for taking the time to talk about Open Hearts.  I’ll admit I was intrigued when I got the press release.  You seem to be packing a lot of material into this one-woman show.  Could you tell my readers what your Open Hearts is about?

That it’s never too late to make positive changes in our life, no matter our age, to let go, as painful as that can be, whether it’s saying goodbye to someone or givng up something that does not serve us well.  That once we take the leap to open our hearts, by loving, accepting, and forgiving ourselves and others as well, the foundation is then laid to allow ourselves the courage and fortitude to go forward in life, no matter, the fear or obstacles.

What inspired you to create this show and these characters?

One thing always leads us on to the next and next and so on. A few years back, I tried my hand at directing which also required writing with a group of fellow actors. I discovered my new found passion for writing, which lead to an evening of 6 short plays I wrote for 2 actresses, which lead to my current solo show. Many of my characters are carried over or pieces of former characters that I was not yet ready to put in a drawer and I worked very hard, along with a few dramaturgs, at coming to a streamlined theme. I kind of did it backwards, but although Open Hearts is not a pure autobiographical show at all, there is a lot of me or parts of people I know in there, especially the main thrust of loving ourselves and having the courage to go forward in life no matter what. I wanted to share that, the opening of our hearts with an audience.

Interview with Miriam Kulick of “Open Hearts”
By Byrne Harrison

The main character in Open Hearts, your one-woman show opening on April 19th, is 90-year-old Sadie Nussbaum. She sounds like she’s a lot of fun to play. How did you create her?

She is an inspiration from a still living 95-year-old woman who lives in NY and has been a life-long friend of my family. It is not directly based on her life, but snippets and attitudes about getting older and having a feisty spirit do come from her. Also, years ago I was a licensed massage therapist and I use to give massages to a pair of 90 year old twin sisters who lived together after their husbands died and actually threw a small ball back and forth to each other to try and keep limber as well as limbering their minds. I use a ball in my show.

Sadie’s daughter Deborah is a lesbian involved with a woman who is still coming to terms with her lesbianism. Deborah also sounds like a bit of an activist (she’s planning to go to Darfur to help the refugees). Which is harder for Sadie to deal with, having a lesbian daughter or having a daughter that’s planning to head to a war zone?

For Sadie, I think it’s both- if she had to choose, I would say Darfur- there is the potential of real danger there and the possibility of not coming home alive, and mainly being far away from home when one gets old, who knows when their last day might be or they might fall down and break a hip?

What else can people expect from Open Hearts?

To realize that no matter who you are, your age, temperament, or sexual orientation, we all struggle with striving towards that proverbial happiness, in wanting more authentic and fulfilling lives and having the courage to go after where our heart really lies.

Is it ever too late to love and forgive? For Sadie Nussbaum, the crusty Jewish nonagenarian at the center of Miriam Kulick’s new one-woman show, Open Hearts, summoning up compassion may require every last ounce of her emotional strength. The one-hour play, which unfolds over a day in Nussbaum’s life as she prepares for her 90th birthday party, obliges her to come to terms with her potential responsibility for the tragedies and crises that have beset the members of her extended family. It opens this week in the Studio Theatre at Theatre Row.

In the play, which is directed by Gretchen Cryer, Kulick plays six different characters in addition to the matriarch: Nussbaum’s forlorn 8-year-old grandchild whose mother (Nussbaum’s daughter) has committed suicide; a nephew who has been hospitalized for depression; a daughter who has come out as a lesbian; the lesbian daughter’s British lover; a Hispanic maintenance man; and a Middle Eastern woman whom Nussbaum has met at a support group for refugees. 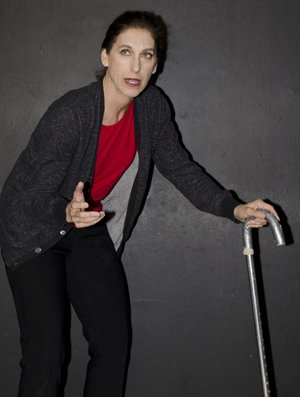 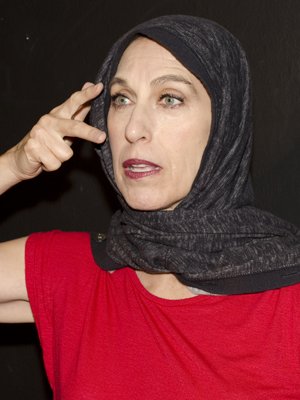 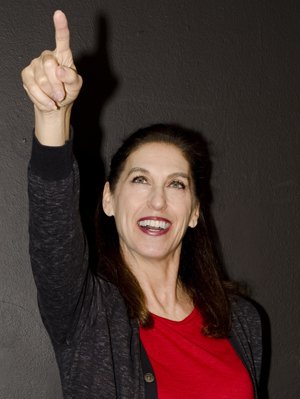